Elderflower syrup is the one thing I definitely have to make each and every year. It is one of the absolute staples in our house- not only because I like it in my Prosecco 😉 I make the syrup with only little sugar, because I don’t have such a sweet tooth and it only has to last for one year. Instead of that much sugar, I use lots of elderflowers and I like to vary the syrup from year to year. I’ll tell you more about that later, but here comes my basic recipe! 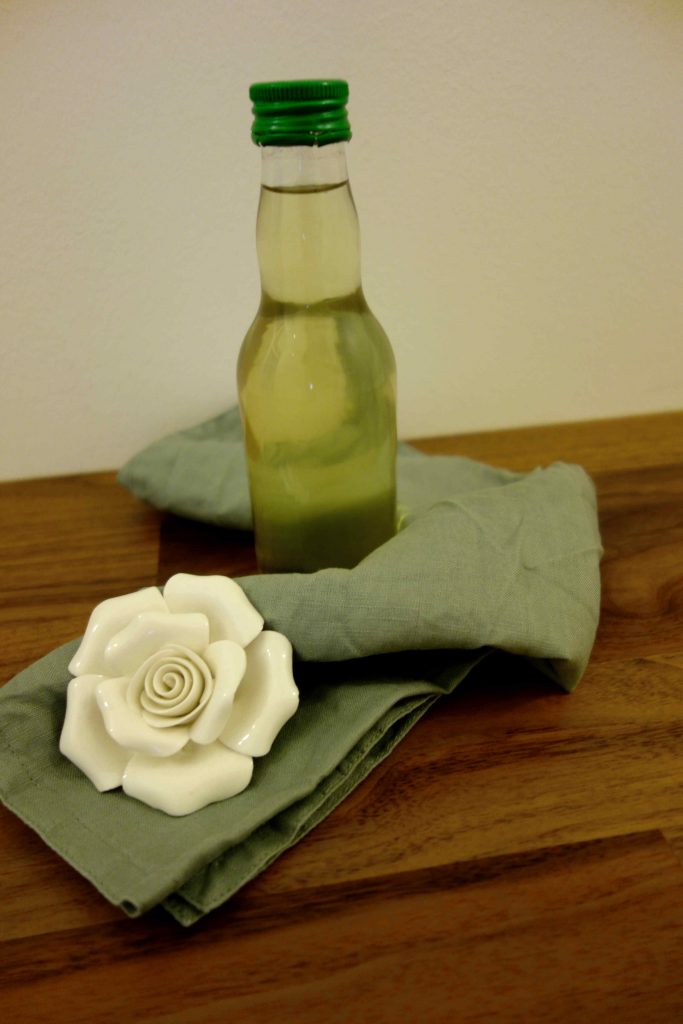 For 3 liters you need:

At first you wash the lemon under hot water and finely slice it. Then you carefully wash your elderflowers and remove every little animal that might still be sitting on them. Next, stack the flowers and the lemon slices in a big pot. Add the sugar and water to another pot and bring them to a boil. Now carefully pour the boiling sugar solution over your elderflowers and carefully press everything down. Then you let the syrup steep in a cool place for two to three days.

After that you poor the elderflower syrup through a strainer and bring it to a boil. Sterilize your bottles with boiling water and boil the lids in a small pot. Then put everything on a clean tea towel and fill the bottles with the boiling syrup. Put the lids on immediately after filling each bottle and turn them upside down for 15 minutes. Next you turn them back and let them cool down completely. Control the lids to check if a vacuum has formed. Store them in a cool place- the cellar for example- to make them last a year or longer. Bottles that haven’t formed a vacuum should be stored in the fridge and be consumed soon.

Okay, now on to the variations I tried until now. You can add an organic orange to your syrup as well. This tastes really great. Two years ago, I accidentally bought blood oranges instead of normal oranges and that syrup was just gorgeous! So, make different syrups at once and find out which one you like best 😉