Of course, I have another delicious and seasonal recipe for you today and I have to make an announcement. Due to my wedding and the following honeymoon I will take a little summer break. The next post is going to be online on 25th August. In the meantime you can follow me on Facebook and Instagram in order to see what’s on our plates 😉 I might be posting on an irregular basis- just as I feel like. I wish you a gorgeous summer! 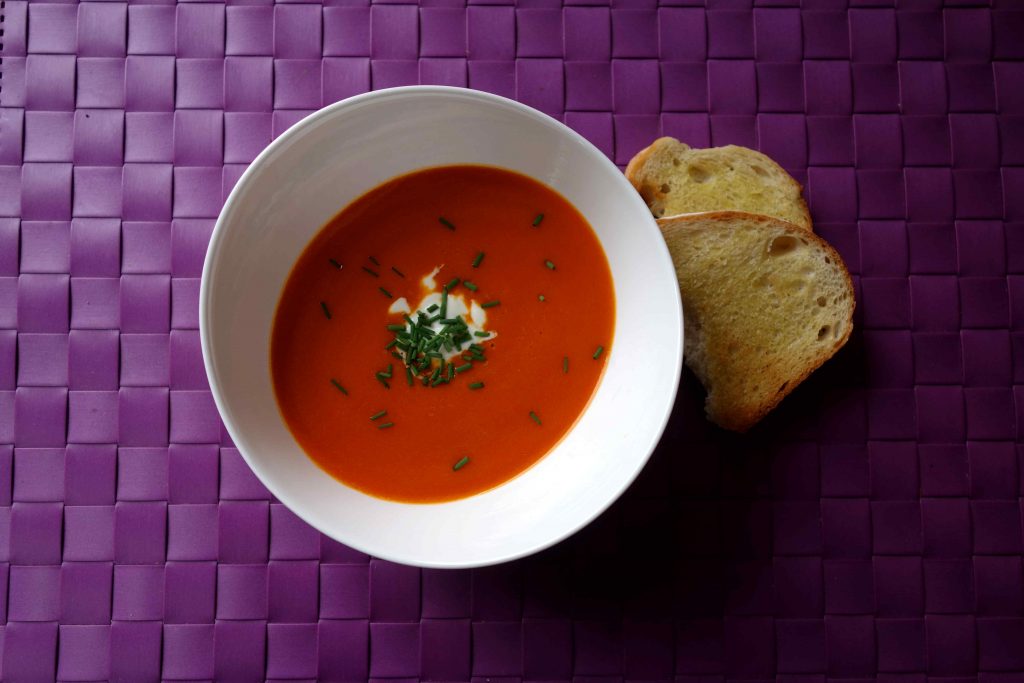 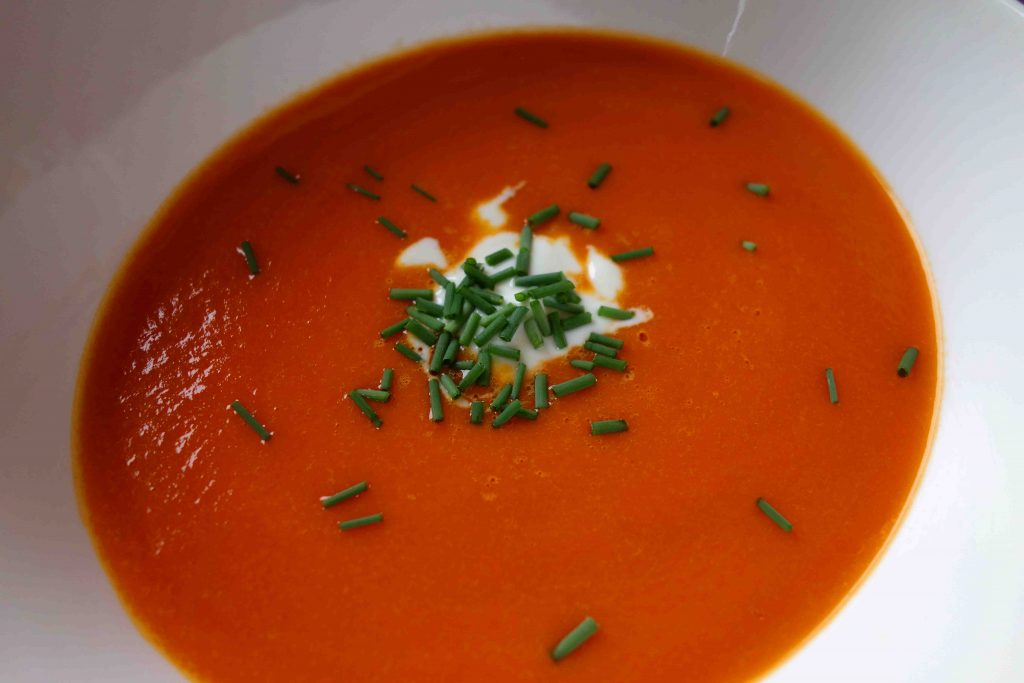 For 4 portions roasted bell pepper and tomato soup you need:

First you switch on the grill of your oven to high heat. Then you wash the bell peppers and tomatoes. Next cut the bell peppers in half and remove the seeds and white skins. Now rub them with some olive oil and put them on a baking tray with the cutting edge facing downwards. Put them in the oven and leave them inside until the skins are burned. This will take around 10 to 15 minutes. Then you take them out and cover them with a damp kitchen towel.

Now you can cut the tomatoes in half, rub them with some olive oil, sprinkle with salt and put them on a baking tray with the cutting edge facing downwards as well. Add the cloves of garlic and the chili to the tray and put it in the oven. Grill the tomatoes for approximately 15 minutes. In the meantime you can peel the bell peppers. You can either remove the whole skin or just the burned spots. I like to remove the whole skin, because it makes the bell peppers easier to digest.

When the tomatoes are done, add everything to a high-speed blender and blend into a creamy soup. Then pour it in a pot, bring to a boil and season to taste with salt and pepper. Now you can serve your roasted bell pepper and tomato soup with a dab of soy yogurt and some chopped chives. You could add some rice and raw veggies to your soup as well or serve some roasted (garlic) bread as a side.